I'm seeing AWOLNATION for the third time with my friend Fiona. This is my favorite song from their new album Here Come the Runts.

I’m not brittle
I’m just a riddle
Born of white, blue and red
Posted by Ginny at 9:36 AM No comments:

Email ThisBlogThis!Share to TwitterShare to FacebookShare to Pinterest
Labels: music

Derek and I aren't big Valentine's Day people. In fact, Derek often forgets what day in February Valentine's Day falls on. He always manages to remember to get me a card though. Valentine's Day was pretty much like any other date night, just a little bit busier.

We decided to go to Red Lantern for dinner. We go there often and it's usually not too busy so I didn't bother to make a reservation. When we got there we were told they were pretty booked and they would see if they could fit us in. The restaurant was empty but they put us in the bar area. You can still order food at the bar so not a big deal. You're also closer to the bartenders and the Olympics were on. Can I just take a second to say that Skeleton looks crazy? Let's throw our bodies face first down a long ice slide. No thank you.

The food came out quickly, probably because no one was there yet. The restaurant eventually filled up and then it was like an obstacle course trying to make it to the bathroom. I'm glad we got there early and ordered food when we did.

We ended the night with a drink at the Charlesmark which was not nearly as hectic. A much more relaxing way to end the night.

Hope you had a great Valentine's Day. Enjoy all the chocolate that'll be on sale now. 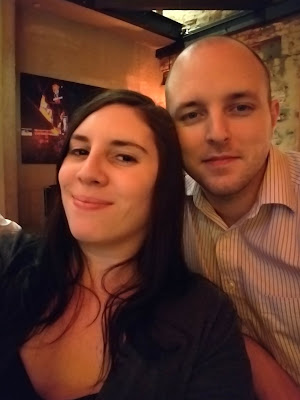 Many months ago tickets were bought and a ladies night was planned to see Marilyn Manson at the House of Blues. A few days before the scheduled show Marilyn Manson was injured on stage by a giant prop pistol and he cancelled nine tour dates. Last night the makeup date finally arrived.

We met up at Yard House for some pre-show drinks. The bartender probably thought we were a little nuts but he was a good sport.


The show was great. Manson sang all my favorites and the crowd was really into it. It was a much better show compared to the last time I saw him.

It was slow going this morning but I persevered. Next up is AWOLNATION which will also be at the House of Blues. I love concerts but ticket prices seem to be increasing at a rapid pace. I'm going to have to be a little more picky about who I choose to see. Sorry Justin Timberlake but I'm not paying $80.00 to sit in the rafters of the Garden where I can barely see the stage.
Posted by Ginny at 11:17 PM No comments:

Can you spot me? 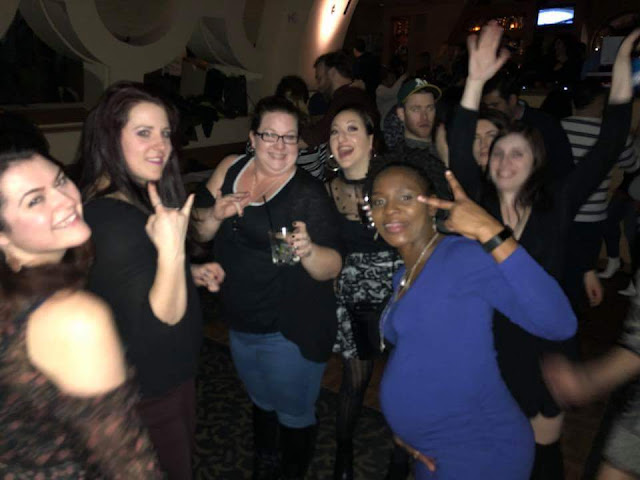 I'm the one with the flailing arms having a good time at my birthday party.
Posted by Ginny at 5:46 PM 4 comments:

Email ThisBlogThis!Share to TwitterShare to FacebookShare to Pinterest
Labels: me, party 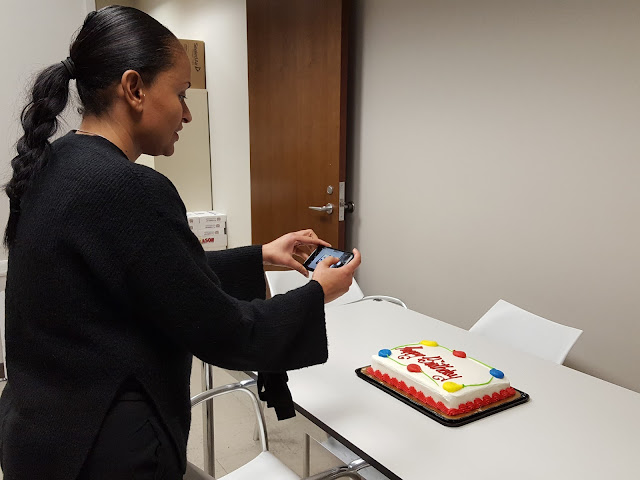 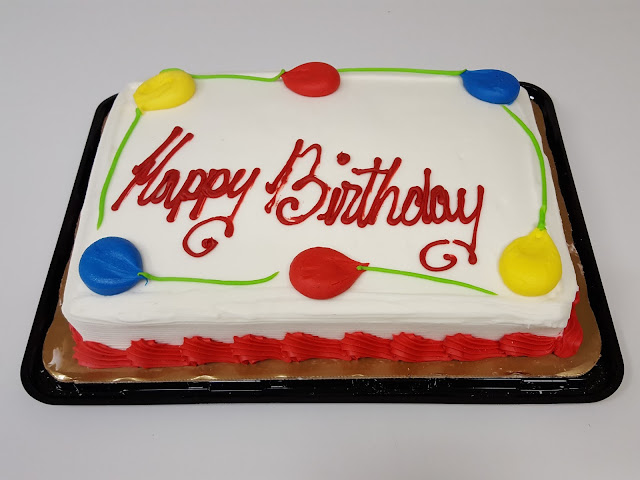 Of our work birthday cake.

Not pictured - AJ. It was a triple birthday celebration.
Posted by Ginny at 11:37 PM No comments: 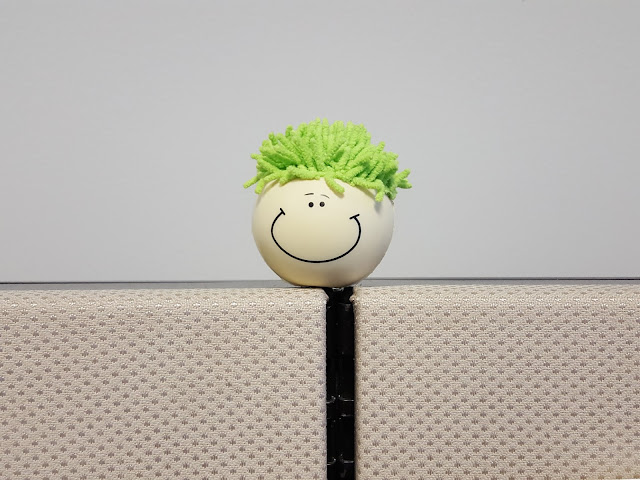 Rescued from the trash by my boss and gifted to me. He seems pleased to join the firm.
Posted by Ginny at 10:48 AM No comments: