I'm just a bit skeeved out right now. I went shopping at Victoria's Secret to buy some new underwear. I was looking through trying to find the size and pattern I wanted when I came across a pair that didn't look quite right. They didn't look bright and new. I didn't see a price tag on them and that's when I got a bad feeling. I tossed them out of my hand and that's when I noticed that they definitely were used (I won't go into detail as to how I knew this, but trust me USED)! Someone must have put on a new pair in the dressing room and left their old underwear mixed in with the new ones. I told a sales clerk and then wished I had a gallon of hand sanitizer.

To whoever left the dirty panties. You nasty!
Posted by Ginny at 3:04 PM 4 comments:

Email ThisBlogThis!Share to TwitterShare to FacebookShare to Pinterest
Labels: gross

Give me your sympathy internets. I'm hungry and NO ONE is getting croissants.

As most of you know my job is basically a glorified secretary. I say glorified because I imagine myself as Joan from Mad Men but with much much smaller boobs and no gold pen necklace! Seriously, it was my ten year anniversary this July and I still haven't been made a partner like Joan and no gold pen necklace. I do paralegal work but I also get coffee and get screamed at on the phone.

Sometimes I cover the front desk for the receptionist and I greet clients and attorneys and I'm always polite and ask them if they want something to drink. ALWAYS. I've been doing this for a long time. So you know what drives me crazy? When I ask someone if they want a drink and they say no but then when the attorney comes out and asks they're suddenly like "oh my God thank you! Yes! I've been dying of thirst and I've been desperate for water but this one over here was like save some water for the whales!"

The best is when I offer something to drink and they're like "oh yes, I'll take some coffee and a croissant." A croissant? REALLY?! How about these lovely Lifesaver mints and Werther's Originals, the finest in grandma candy. Who assumes we have croissants?

I really shouldn't be talking about croissants and candy because I'm really hungry right now. I'm trying to drop ten to fifteen a few pounds so I can look fabulous in a wedding dress. I know I need to start now because I've been trying to lose this weight for about four years because it's much easier to eat some french fries and say "I'll start tomorrow". Suddenly tomorrow is here and I'm like "BUT I'M NOT DONE WITH FRIED FOODS YET!" Also beer. Beer is delicious. I don't even drink juice or soda and I don't eat chocolate! Where is my flat stomach?

I just turned to Derek with my best poor me face and told him about my suffering. Big mistake. I'm pretty sure Derek could go days without food. Give him some coffee and Red Bull and he could probably outlast Gandhi. So I'm turning to you my loyal blog readers to take pity on me because it isn't coming from Derek.

Email ThisBlogThis!Share to TwitterShare to FacebookShare to Pinterest
Labels: dieting is the worst, no croissants for you, oh my God I'm getting married, she works hard for the money

Who's ready for fall? 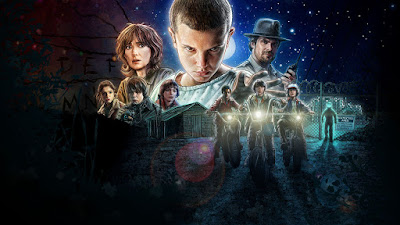 This girl right here. August has been brutally hot and all I can think about is cooler weather and Halloween.

Fiona already sent out an invite for her Halloween party and I'm so ready for it. I've already been brainstorming Halloween costumes. I was thinking of doing something from Stranger Things but I think there will be a ton of Stranger Things costumes this year.

If you haven't watched Stranger Things on Netflix yet, get on that. This is a show that actually lives up to the hype. I've heard the series described as a mix of 80s Spielberg movies, Stephen King and the X-Files. I think that's pretty accurate.

And look at that, I wrote a post about fall and didn't mention pumpkin spiced anything. I like to buck the trend.
Posted by Ginny at 9:32 PM 2 comments: 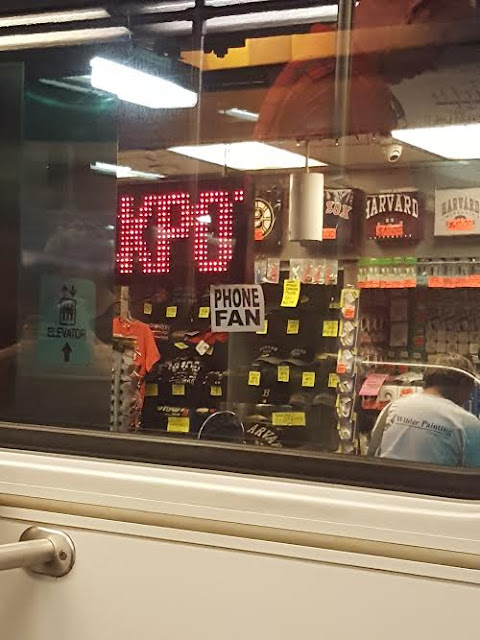 Keep yourself cool while talking on the phone. Just don't get the fan too close to your hair.
Posted by Ginny at 1:02 PM No comments:

Email ThisBlogThis!Share to TwitterShare to FacebookShare to Pinterest
Labels: signs 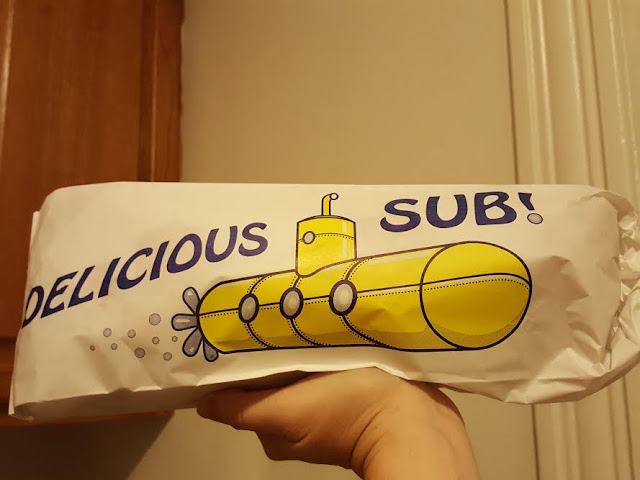 Currently submerged in my stomach.
Posted by Ginny at 10:00 PM 6 comments: 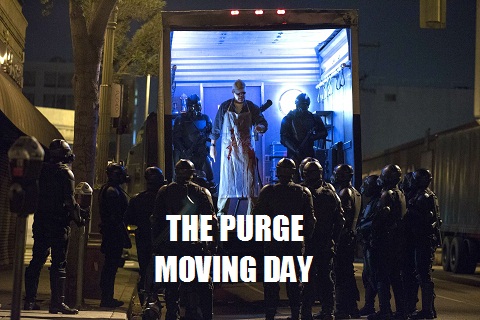 Here we go again! Thanks to my shitty ass neighbors we are moving. The icing on this garbage cake is that this year we're moving on September 1st. We've had August 1st moving dates previously to avoid the invasion of the college students but our current property management company decided they wanted to go back on a September 1 schedule. If you're not moving on September 1st barricade yourself inside like it's the Purge. The college students are coming and they will destroy everything in their path and leave a trail of mattresses, garbage and nasty old couches in their wake.

I'm not gonna lie. There are still boxes that haven't been unpacked from our move last year. We figured out pretty quickly that we weren't going to last in this building so why bother unpacking everything? I'm pretty done with moving so at this point I plan on chucking as much as possible. I'd like to just toss it all over the railing from three flights up and let someone else deal with it but I'm an actual adult who doesn't leave charcoal and mattresses in the hall of a building.

The worst part about moving in a major city is that you don't have a driveway and the street is full of parked cars. You need to go to city hall and get permits for the moving truck. You need to somehow post them up in front of you building but not on the actual building when you have nothing to stick them to. I've taped them to bushes before which as you can imagine doesn't work so well. Then you have to plaster flyers on cars within a 10 mile radius saying YOU CAN'T PARK HERE OR YOU WILL GET TOWED BECAUSE I'M MOVING IN A FEW DAYS. Once is not enough though, you have to go back and canvas the cars the next day too. Who has time for this? I want to cry just thinking about this. What if someone takes down my permit? What if I have to call the city and get a car towed. Why can't I not have anxiety about everything?

If you're wondering why I don't just move to the burbs, well I'm not ready yet! What would I do with myself in the burbs? Wash my car in the driveway (I don't have a car...)? Plant some petunias? That doesn't sound so bad but  I have a black thumb. I could have a puzzle room though where I just sit and do puzzles. Maybe I'll be ready for the burbs someday but for now I'm just going to shake my fist and yell on my blog.
Posted by Ginny at 9:17 AM 3 comments:

Saying goodbye to my grandmother

It's been a bit of a crazy hectic week. My grandmother was rushed to the hospital Monday after my uncle couldn't wake her up. The doctor's said it was not looking good and that this was most likely the end for her. She had a major stroke a few years back and over the past few months she has been getting progressively worse. We knew it wouldn't be that much longer.

I left work early to go see her at the hospital. She was barely awake and very uncomfortable. The family decided to move her to hospice after speaking with the doctors. They took her off fluids and just tried to make her as comfortable as possible. I took Friday off of work to spend time with family. My brother flew up from Florida and did get to see her before she passed. I think she knew he was there. They slowly increased her morphine and the last few visits she was not awake at all. She passed this afternoon and I was told she did not suffer near the end.

I haven't cried but I have been in a terrible mood all day. Anxious and cranky and every little thing is getting on my nerves. I almost cried at the hospital but held it together. I know I will cry at the wake and funeral. When she first had her stroke I cried. She just wasn't the same and I hated seeing this once strong independent woman so dependent on others and unable to talk.

Many friends have reached out to check in and I appreciate that. Now we just have to get through the wake and funeral.
Posted by Ginny at 10:20 PM 5 comments: