I'm too old for concerts

I went to a concert last night and I think I've determined I'm too old for concerts. I mean I'm calling it a "concert" rather than a "show" which I think is what you do when you start getting old.

Going to a show is expensive. Ticket prices are so jacked up I think I should get a free drink or something out of the deal. Instead I hand over my purse so some ticket taker can rifle through my things. No, I'm not hiding anything in that tampon but please feel free to check.

Trying to figure out what time you should even show up is a problem. Doors open at 7 but who the hell knows what time the show actually starts? I did some research and found out that there were two opening bands so we showed up around 8:30. Apparently we should have shown up at 10 because that's about the time the band we came to see actually got on stage. The band before them was so boring I had to keep myself entertained with an $8.00 Bud Light three times!

People are annoying at concerts. Everyone is taking a selfie, recording something, talking to their friend loudly, spilling drinks (ok well Derek was the only one spilling drinks on me this time even though he claimed it was "condensation"), making out with their significant other, and the most obnoxious people at a concert will undoubtedly stand in front of me. I'm an annoying person beacon, or maybe I'm just easily annoyed. Well go with option one. 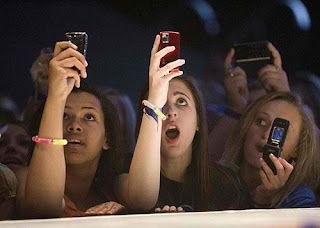 I'm sick of encores. Just play the songs you're going to play and be done with it. When did it become normal for a band to walk off the stage and stand around for a minute or two while everyone chants and screams and claps and then come back out like you totally were done but because of the crowds drunken enthusiasm you will play those two popular songs that everyone has been waiting for. Let's end the charade. I rarely stick around for the encore because I want to beat the mad rush to the T and also because of my encore principles as stated above.

I should mention the band we saw which was AWOLNATION. I thought the show was good despite the overpriced ticket, beers and the annoying people. Not as good as the first time we saw them. Derek thought it was pretty bad. I should write reviews for Rolling Stone.

We're going to another concert this summer but at least we'll have seats at this one. This cranky lady needs to sit while drinking her over prices drinks.
Posted by Ginny at 12:52 AM 15 comments:

So I saw Jurassic World yesterday and I have a few questions.

MILD SPOILERS AHEAD BUT NOTHING THAT WILL RUING THE MOVIE.

1. Where can I get a pack of raptors to do my bidding? I mean granted it only sort of worked in the movie but it would be really cool if it could work but only if I'm in control. There are too many stupid people in this world so I certainly wouldn't trust them with a pack of raptors. If I can't get a pack of raptors I will settle for a triceratops to ride. At least a dinosaur won't rust like my Nissan.

2. No one can out run a dinosaur in heels. There's a good part of the movie where Bryce Dallas Howard is running around in heels, like literally running. I kept wondering if she was still wearing the heels because they weren't showing her feet and finally we get a foot shot and she's still wearing those God damn heels! 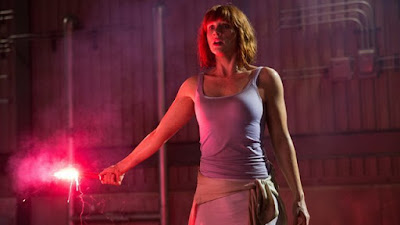 In this scene she is going to out run a dinosaur in nude pumps. Ok sure, totally believable.

I've seen some grumbling online about her character and how it's anti feminist or some crap like that. I don't see it that way for two reasons. One - I know woman who wear heels all the time because they like to. I used to work with a woman who would get cortisone shots in her feet so she could continue wearing her heels. Dumb? Yes, but she can do whatever she wants. Two - she holds her own. She saves Chris Pratt's character's life and helps save the day in the end. Ok I'm throwing a Three in here. Three - She might be wearing heels and a nice suit but she's not written as a ditzy character. She is a workaholic running a gigantic theme park. Sure she makes some dumb decisions (like a genetically modified new attraction) but she realizes the error of he ways pretty quickly. I'm sure someone will steamroll me in the comments for this but I don't really care. Of course Ellie from the original movie is the best, no one can top her.

3. Kids get jeep from 1992 to start with just a new battery. Oh come on people! You really think that a jeep that's been sitting in a muggy gross jungle is going to magically start working just by putting in a new battery?!

4. Who is responsible for the scene where the guy saves his margaritas before running from dinosaurs? That was probably my favorite part of the whole movie and I would like to thank you. *EDITED TO SAY* It's Jimmy Buffett!! He had a cameo. 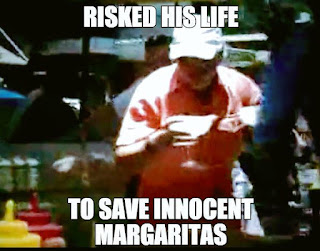 5. Where is Dr. Malcolm? Can we get Jeff Goldblum back in another Jurassic Park movie? I don't care how or why you do it, that's why you're the writers and I'm the viewer who thinks they know what's best for the franchise. Just figure it out please and thank you. 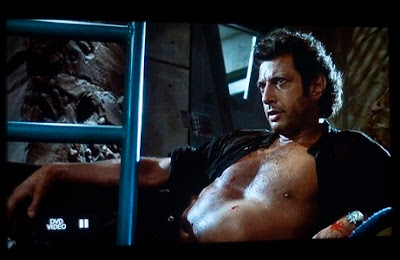 I guess I should mention that I did enjoy Jurassic World and you should probably go see it, or don't and just share this blog post with everyone you know. The choice is up to you.

Email ThisBlogThis!Share to TwitterShare to FacebookShare to Pinterest
Labels: Jurassic World, movies, save the margaritas

I saw this photo on my phone from last night and laughed. 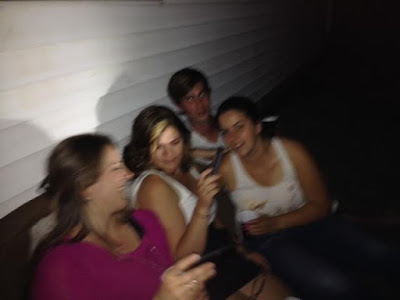 I didn't realize it was a blurry mess when I took it. I think we all had a good time at Kerry and Doug's cookout. We all crammed into the little side yard which is what you have to do when you have a cookout in the city. I haven't had a yard for a few years so I must take advantage of my friend's yards even if they're small.

Today I'm trying to tackle some packing for our impending move. Bosco is tackling being lazy and in the way as usual. 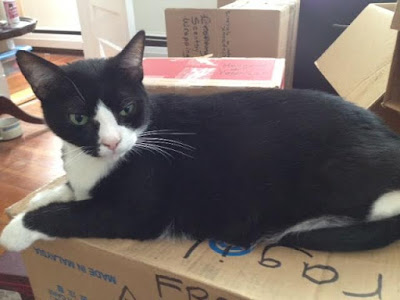 He's cute though, I'll give him that. He thinks all of these boxes are for him to sleep in or on. Did you know that if you're in the military they will send people over to pack everything for you? That would be nice. I really hate moving and as August 1st gets closer I'm anxious about getting everything done.

Hopefully I'll be seeing Jurassic World with my mother tomorrow. Bring on the dinosaurs!
Posted by Ginny at 3:43 PM 4 comments:

Ginny attempts to cook shrimp because she actually likes shrimp now unlike when she used to hate it.

I'm sure you've been dying to know my thoughts on shrimp. Well today is your lucky day!

I used to be very anti shrimp. I just didn't like the taste of it. It tasted like bland salt water to me so I avoided it. I'd see people sucking down shrimp cocktail and declaring how much they love shrimp and I just did not get it. I'm still not OMG SHRIMP IS THE BEST FOOD OF ALL TIME but I now like shrimp. Today I decided to make shrimp scampi. This was my first time ever cooking shrimp so really this could have been a disaster. At the very least I had a bottle of white wine that I could drink if thinks went south.

I think it turned out pretty good actually. Sure the pasta stuck together a bit but the shrimp turned out good which is the most important part. I think it would have been better with more garlic but my old lady stomach is delicate so I had to go easy on the garlic.

So the Ginny cooking experimentation continues. We ate, we survived, we did not get heartburn! *knocks on wood*
Posted by Ginny at 7:47 PM 11 comments:

My car (Legolas) will soon be gone. There's a giant hole in my floor panel and it would end up costing a couple grand to fix. I just don't think it's worth putting that much money into my car. It has a lot of miles on it and I'd rather put that money towards a new car. I just have bad luck with cars.

My advice to you is to not buy a Nissan. Apparently this is a well known problem with many Nissans and Nissan refuses to issue a recall because it's not a major safety issue. Oh I'm sorry, so it's safe to Fred Flintstone my way around? 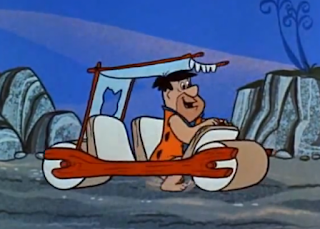 Better work on my yabba dabba do. Nissan just doesn't want to issue such an expensive recall. I've had many cars and they've survived New England winters with no rotting floor pans.

So now I need to figure out if I'm going to sell my car or donate it for the tax right off.

If anyone can give me some good car mojo I'd appreciate it.